There was a reported massive influx of Catholics into the Wantagh area during 1950 and 1951, which made the need for a church more acute. The swelling of the Catholic population in the area gained Diocesan notice, and on January 1, 1952, the Wantagh Mission was formally inaugurated and Bishop Molloy gave the community their own Pastor, Fr. Stanislaus Smulski, and the mandate to build a church. By February of that year, the assembly became too large for the Firehouse Hall, so the celebration of Mass was moved to the Beech Street School. Three Masses were celebrated each Sunday, and by March, a fourth Mass was added.  The community was ready to move to the next stage of its development, and on March 20th, 1952, the groundbreaking ceremony was performed for the construction of a permanent church. With enthusiasm and generous donations by the members of the community, the Church was built in record time. It took only twelve weeks to accomplish it. The first Mass was celebrated in the new Church, on June 15th, and the building was formally dedicated for divine worship on June 29, 1952, by Archbishop Thomas E. Molloy. By that time, the assembly swelled to 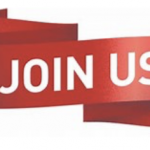 20th Round – Report No. 4 Dear Members, Friends, and Fellow Parishioners, The 300 Club is celebrating its 10-year Anniversary this month and we would like to recognize our Founding Members: Joe Galati†-Chairman Emeritus, Bob Cabrera, Dick Campbell†, Charles Dawson, Paul DeLuccio†, and Joe Parmese for starting us on this special journey dedicated to Charity, Community and Chance. Since its inception, the 300 Club has donated almost $75,000 to worthy charities and members of the community in need.    Read more…

News From Our Parish