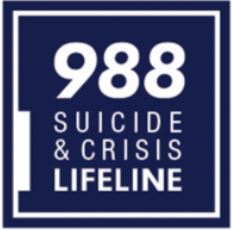 Those seeking support during a mental health or emotional crisis may dial 988 to connect to a nationwide support network beginning tomorrow. The transition to a simplified three-digit number is meant to increase access to the National Suicide Prevention Lifeline and will operate similar to 911.

The move was facilitated by almost $300M in federal funding to both expand telephone infrastructure and increase call center staff. Via the network, trained counselors at more than 180 centers will be available over phone, text, or chat—users may call on behalf of themselves or others. The current 10-digit number has received more than 20 million calls since it was launched in 2005.

Suicide was one of the three leading causes of death in the US for those between 10 and 24 years of age in 2020 and claimed nearly 46,000 lives that year (see data)—almost double the number of homicides.